‘The Great Caruso’ or ‘King of Tenors’ was born in Naples in 1873. He was his parents’ 18th child and the first to survive infancy. Music was his escape from the wretched reality that surrounded him. He sang in Neapolitan cafes and restaurants. By 1895 he was singing leading roles at the Opera House in Naples. From there he went to the major Italian opera houses and then became an international star. ‘Who has sent you to me? God?’ exclaimed Puccini on first hearing him sing.
FROM http://www.vam.ac.uk/content/articles/e/enrico-caruso/ 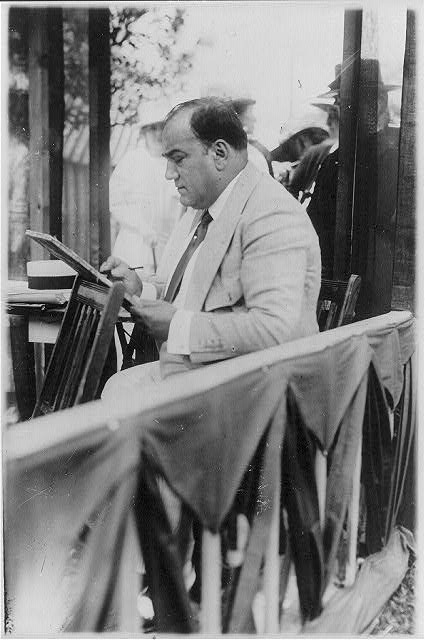 Caruso was a compulsive caricaturist who made spontaneous and witty sketches of colleagues and strangers wherever he went. His doodles often captured a candid likeness of the person, but they were never cruel.

Although he was proud of his sketches, he turned down offers to draw professionally. However, he did regularly contribute to an Italian-American newspaper called La Follia di New York, from which a book of drawings was eventually produced. Nowadays his cartoons are extremely collectable. One firm even reproduced one of his self caricatures as a powder compact.
FROM http://www.vam.ac.uk/content/articles/e/enrico-caruso/