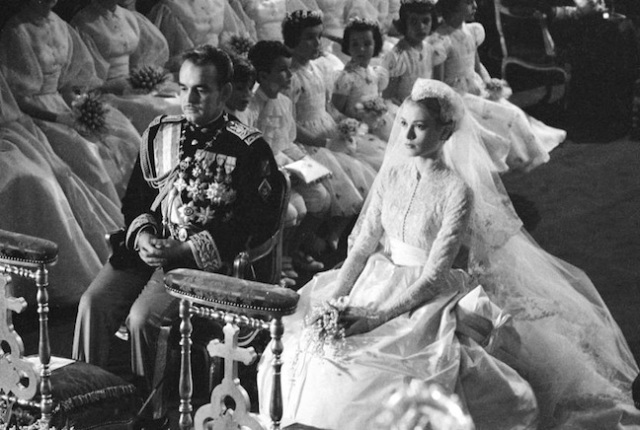 “Before William and Kate, before Charles and Di, before Liz and Dick (I and II), before any of the “storybook” weddings of the past several decades, there was the fairytale wedding of the last century: the April 1956 nuptials of Grace Kelly and Prince Rainier III of Monaco. The tale of the American movie star and Philadelphia native marrying the prince of a small, sensationally wealthy city-state was simply too perfect to ignore — and for months leading up to the event, from the time of the couple’s engagement

until the two ceremonies (civil and religious) that formalized their union, the Hollywood princess and the real-life prince were hardly ever out of the news.

Here, LIFE.com presents photos — many of which never ran in LIFE magazine — from the moment the couple announced their engagement in January 1956 until they were married three and a half months later in Monaco.”
FROM~ http://time.com/3684060/life-with-grace-kelly-and-prince-rainier-photos-from-the-wedding-of-the-century/