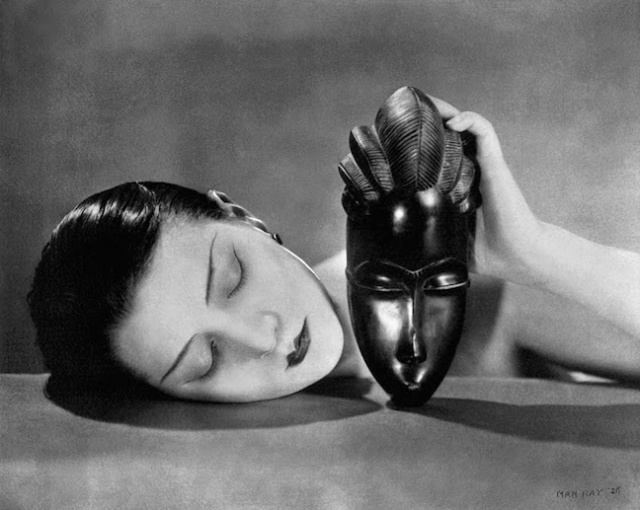 Man Ray, the master of experimental and fashion photography was also a painter, a filmmaker, a poet, an essayist, a philosopher, and a leader of American modernism…Born Emmanuel Radnitzky in 1890, Man Ray spent most of his young life in Williamsburg,

Brooklyn. The eldest child of an immigrant Jewish tailor, he was a mediocre student who shunned college for the bohemian artistic life in nearby Manhattan. In New York he began to work as an artist, meeting many of the most important figures of the time...Man Ray left New York for Paris in 1921—marking a continuous stream of tempestuous and often doomed romances.

Through Duchamp, Man Ray met some of the most exciting artists and thinkers in Paris. Though he didn’t speak a word of French at first, he was welcomed into this group and became its unofficial photographer. Among the many models from this period were

Pablo Picasso, Ernest Hemingway, Salvador Dali, Gertude Stein, James Joyce, and the famous performer, Kiki of Montparnasse...Though deeply immersed in the artistic life of France, World War II forced Man Ray to leave Paris, and he moved to Hollywood…He spent ten years there working as a fashion photographer. With his

brave use of lighting and minimalist representation, Man Ray produced fashion photographs unlike any that had come before—and forever changed that discipline. http://www.pbs.org/wnet/americanmasters/episodes/man-ray/prophet-of-the-avant-garde/510/