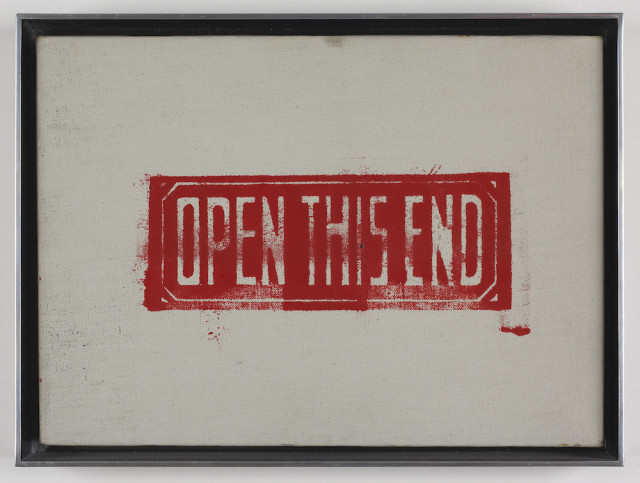 Andy Warhol Died 29 Years Ago Today,
Here’s a Look at One of His First Silkscreens.
artnetnews

Blake Gopnik, Monday, February 22, 2016  Andy Warhol died 29 years ago today in a hospital in New York, after a routine gallbladder operation. It seems only fitting to commemorate the end of his artmaking by revisiting its beginnings. The work I’ve chosen as today’s Daily Pic was made in the spring of 1962, as one of the very first of the silkscreened canvases that became Warhol’s signature mode for the next quarter century. It’s the titular work in a touring exhibition called “Open This End: Contemporary Art from the Collection of Blake Byrne,” curated by the art historian Joseph Wolin and now at the Wallach Art Gallery of Columbia University.
https://news.artnet.com/art-world/andy-warhol-died-29-years-ago-today-here-is-when-he-started-to-matter-431666