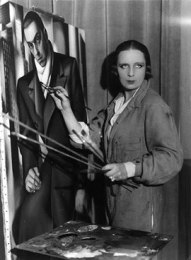 Who was she? De Lempicka shuffled the facts of her biography much as she  meddled with her birth date.
…
Her time was the 1920s: a period of transition, an era in which functionalism merged with fantasy and formal social structures lurched into the frenetic. In essence, De Lempicka was a classicist, having admired Renaissance painting since her adolescent travels in Italy. But she astutely 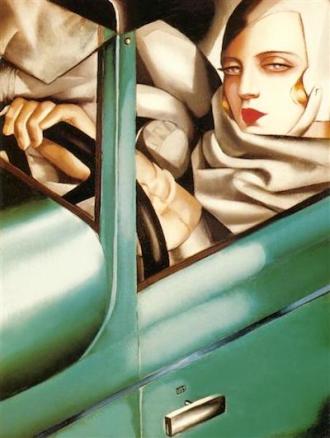 combined traditional portraiture with advertising techniques, photographic lighting, vistas of the tower architecture of great cities.
…
The political terrors of Europe in the 1930s were impinging…In 1939, urged by Tamara, who was partly Jewish, Kuffner sold his estates in Hungary and they moved to the US. In New York, she tried abstract expressionism unsuccessfully, and was reduced to the role of a chic curiosity, “the painting baroness”.
https://www.theguardian.com/artanddesign/2004/may/15/art 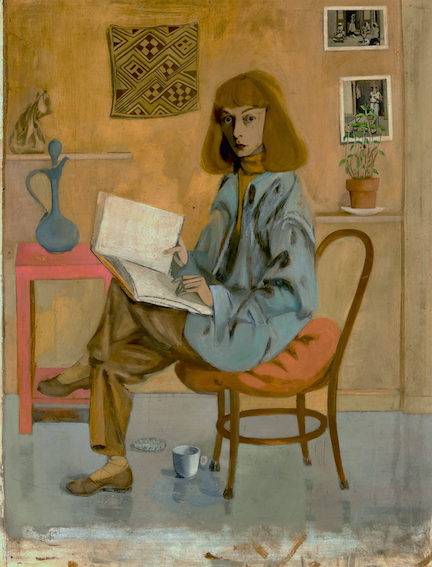