January is the first of Wood’s five lithographs relating to a specific month, and he may have planned to make one for each of the months. Although landscapes were common in his work, the artist rarely showed them in winter, but in the lithos he returned to that season with two of his last works, February and December Afternoon.
link for pdf file~
Grant Wood’s Lithographs: A Regionalist Vision Set in Stone, Hillstrom Museum of Art 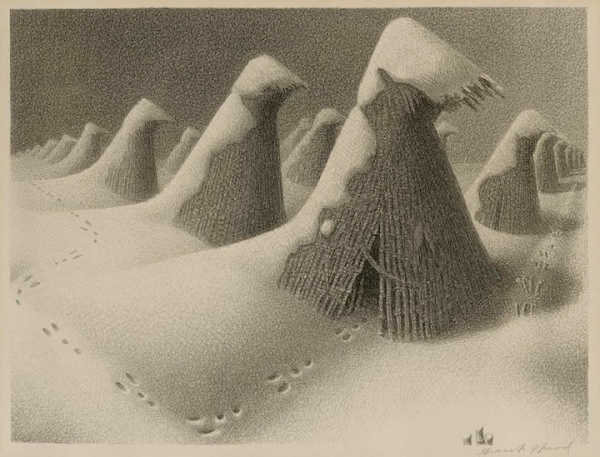 This impressive drawing relates to a series of lithographs—which Wood planned but never completed—representing all the seasons and months of the year. He made finished drawings depicting four of the months, and this is the only subject of which he also made a painting. Contrary to the usual evolution of a composition, he made the lithograph first, in 1937, then this drawing, in 1938, and finally the painting, in 1940.  https://www.artic.edu/artworks/228478/january 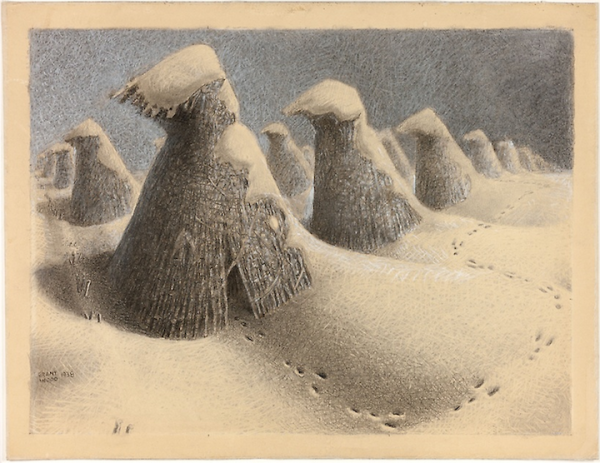 One of the last paintings Wood created before his untimely death from liver cancer, January has a decidedly nostalgic cast. According to the artist, the painting was “deeply rooted in the memories of my early childhood on an Iowa farm. . . . it is a land of plenty here which seems to rest, rather than suffer, under the cold.”   https://clevelandart.org/art/2002.2 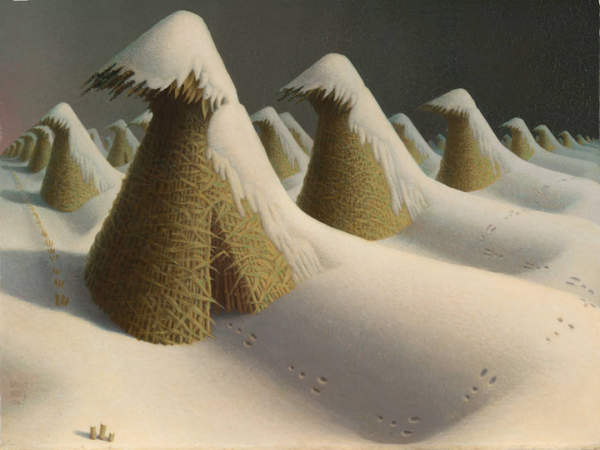