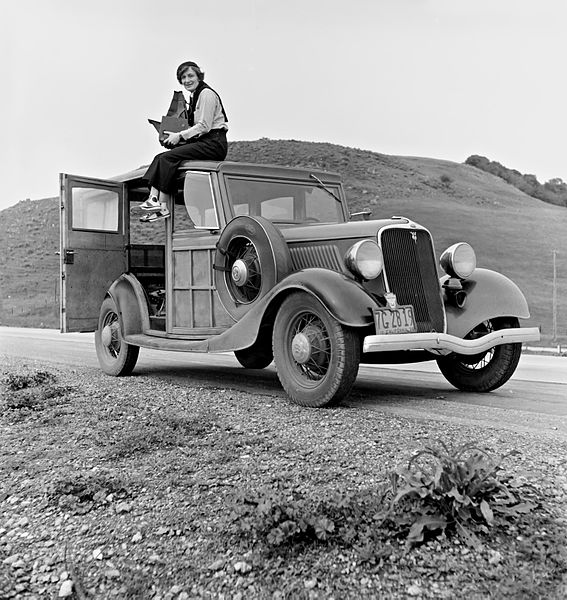 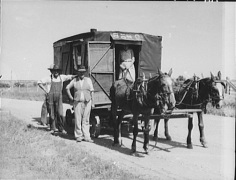 Dorothea Lange (1895-1965) documented the change on the homefront, especially among ethnic groups and workers uprooted by the war. Three months after Pearl Harbor, President Franklin Roosevelt ordered the relocation of Japanese-Americans into armed camps in the West. Soon after, the War Relocation Authority hired Lange to photograph Japanese neighborhoods, processing centers, and camp facilities. 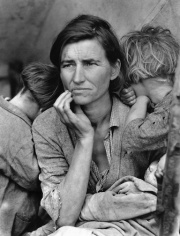 workers during the Great Depression did not prepare her for the disturbing racial and civil rights issues raised by the Japanese internment. Lange quickly found herself at odds with her employer and her subjects’ persecutors, the United States government.

To capture the spirit of the camps, Lange created images that frequently juxtapose signs of human courage and dignity with physical evidence of the indignities of incarceration. Not surprisingly, many of Lange’s photographs were censored by the federal government, itself conflicted by the existence of the camps.

The true impact of Lange’s work was not felt until 1972, when the Whitney Museum incorporated twenty-seven of her photographs into Executive 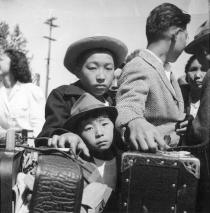 Order 9066, an exhibit about the Japanese internment. New York Times critic A.D. Coleman called Lange’s photographs “documents of such a high order that they convey the feelings of the victims as well as the facts of the crime.”
FROM http://www.loc.gov/exhibits/wcf/wcf0013.html 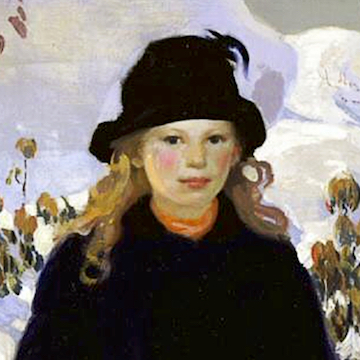