“Art That Inspires Us to Vote” 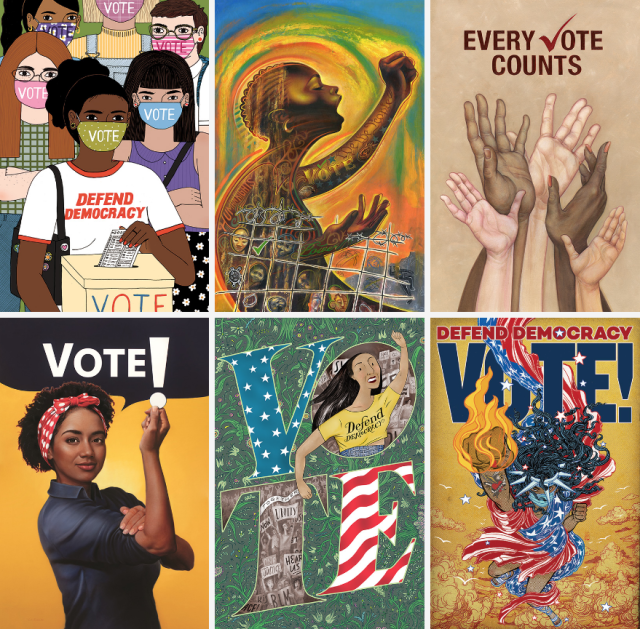 One of the most famous American painters and illustrators, Norman Rockwell produced pithy artwork to promote democracy and civic engagement in his time. Now, a museum in Massachusetts dedicated to him asked artists to design “get out the vote” posters for 2020.
Source: The Norman Rockwell Museum wants you to vote, and recruited top illustrators to inspire you – CNN

“The Unity Project is an art and civics initiative of the Norman Rockwell Museum and contemporary illustrators that is dedicated to an inclusive America in which all voices are heard.
Inspired by the rich and continuing tradition of American illustration, this project inspires us to consider the integral role that published imagery plays in creating cultural narratives which connect us to our times.”  ~The Unity Project

[There are eight embedded links above] Costume Design for Vaslav Nijinsky as the Faun by Léon Bakst

One masterpiece after another: The quiet revolutionism of Afternoon of a Faun~
https://www.roh.org.uk/news/one-masterpiece-after-another-the-quiet-revolutionism-of-afternoon-of-a-faun

Illuminations in “Scivias” Hildegard von Bingen (1098-1179)
German abbess, writer, composer, mystic, and perhaps artist; it is unclear how involved she was in the illustrations
https://www.wikiart.org/en/hildegard-of-bingen

Das Weltall (The Universe) / c.1165 / Manuscript illumination from “Scivias” by Hildegard of Bingen

This French draughtsman, printmaker, sculptor, and painter was one of the most influential artists of the 20th century; his career spanned almost six and a half decades and his influence fundamentally altered the course of modern art.

This Harlem Renaissance sculptor was one of the first African American women to enroll in the Navy; she was commissioned to do a portrait of FDR and the profile of Roosevelt found on the U.S. dime is believed to be based on her artwork. 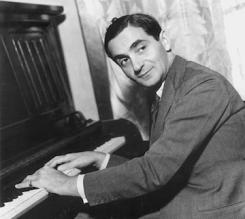 major international hit — “Alexander’s Ragtime Band.” Over the next five decades, Irving Berlin produced an outpouring of ballads, dance numbers, novelty tunes and love songs that defined American popular song for much of the century. He wrote

seventeen complete scores for Broadway musicals and revues, and contributed material to six more. His songs have provided memorable moments in dozens of…films. An intuitive business man, Irving Berlin was a co-founder of ASCAP (American Society of Composers, Authors and Publishers), founder of his own music publishing company, and with producer Sam Harris, builder of his own

in the United States. Parlor music took over the scene as the piano became a part of the middle class home.  This led to a demand for sheet music for home consumption.  The genre that grew out of this demand was called Tin Pan Alley, from the area of New York City where most of the song publishers were located. Success was measured by the sale of sheet

Esphyr Slobodkina was born in Chelyabinsk, Russia in 1908. The youngest of five children, Slobidkina’s family left there home in 1919 and moved to Vladisvastok to avoid the Russian

Revolution.
…
Slobodkina immigrated to New York in 1928 using a student visa and began attending the National Academy of Design…Over time, she grew to enjoy a

composition class taught by muralist Arthur Sinclair Covey (1877-1960). Through his teachings, she met painter and fellow student Ilya Bolotowsky (1907-1981), whom she married in 1933…Bolotowsky 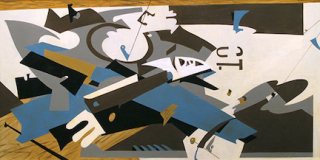 encouraged Slobodkina to evolve her Impressionist style toward abstraction, which would become her primary genre…Slobodkina and her husband amicably divorced in 1938.
… 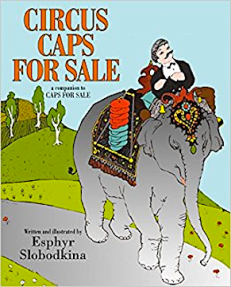 She had a significant career change after meeting children’s author Margaret Wise Brown. The two women became fast friends, and Slobodkina began illustrating Brown’s books, beginning with her Big and Little series and continuing until Brown’s death in 1952. In 1940, Slobodkina published her most famous children’s book, Caps for Sale, which “pioneered the use of contemporary abstract forms in children’s books”…Slobodkina [also] 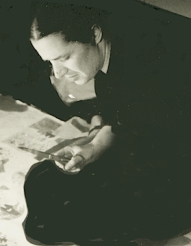 maintained an active painting and sculptural career.
…
The Slobodkina Foundation, an organization designed to promote free programs, scholarships, readings and performances of Slobodkina’s children’s books was created in 2000…Slobodkina died in 2002 in Glen Head, New York at the age of 93.
http://origin.www.sullivangoss.com/artists/esphyr-slobodkina-1908-2002

Slobodkina Foundation: Honoring the Life and Work of Esphyr Slobodkina 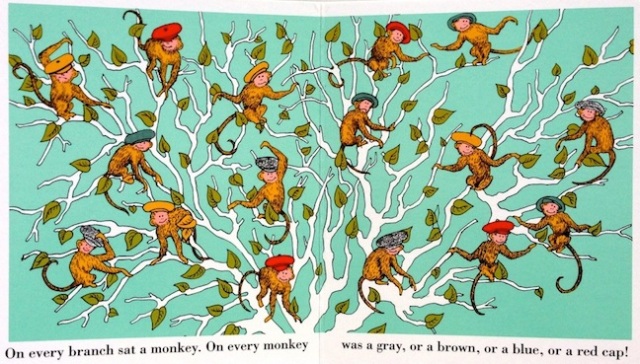 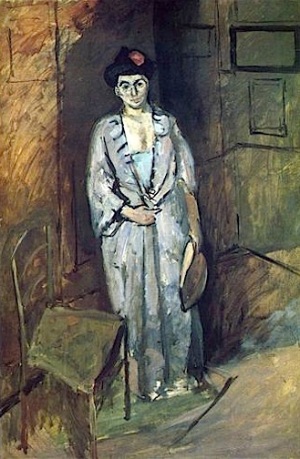